This is a first post on a series that I want to publish regarding the connections between the (ancient) science of civil engineering and software engineering.

An industrial style renovation of a restaurant in Athens, removed the plaster from the walls and revealed the raw concrete contruction as depicted below. It the articulation point of a column pillar and a beam. Very critical for the stability of the building. 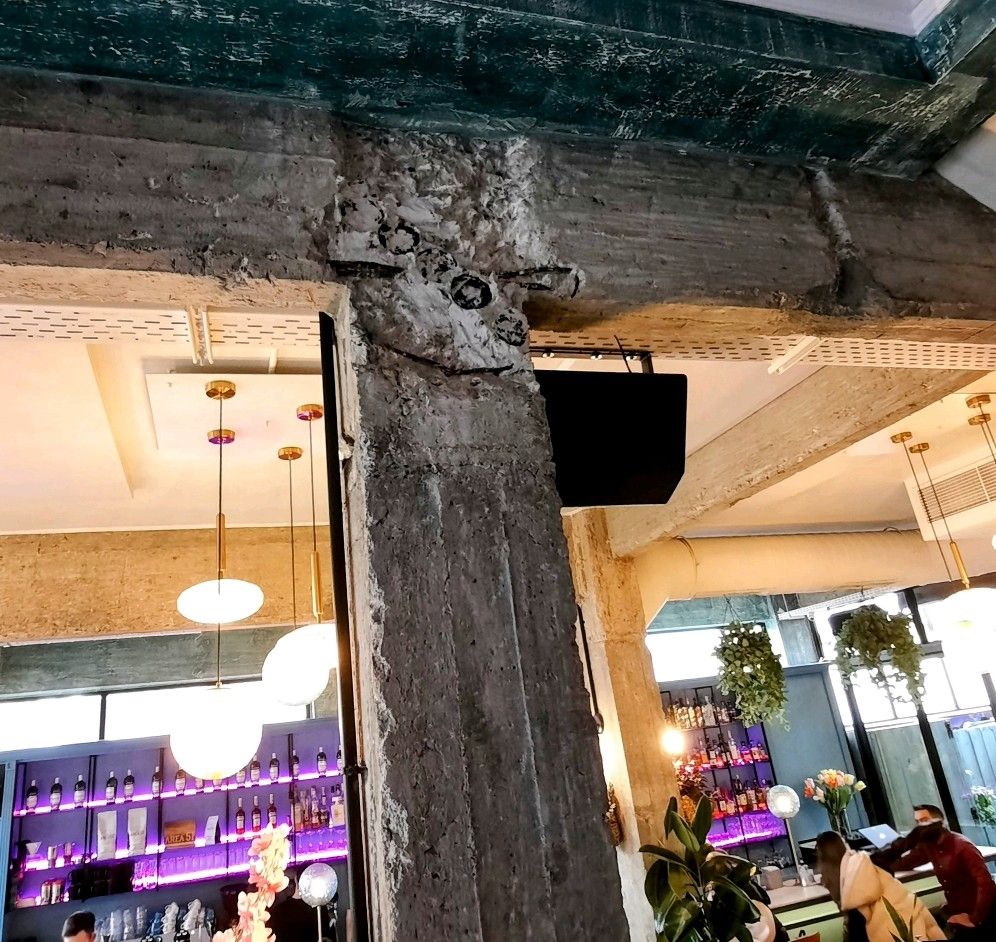 That was at least the initial plan of the engineer, because the electrician that installed the structured wiring system, considered usefull to dig into the concrete in order to lower it and make a nest to cover the cable branching boxes. But this decision had critical effect on the stability of the structure

Whose fault is this? Bad communication between teams? Negligence of the civil engineer? We will never know. The only sure fact is that this decision was not in favor the quality of the construction.

We can easily ignore this fault as minor, but do not know the exact number of similar faults. And it is very difficult, nearly impossible to find out! So… fingers crossed and pray for mild earthquakes!

How many similar analogies can we draw with the software engineering field?

This entry was posted in Software Engineering and tagged civil-software engineeering. Bookmark the permalink.